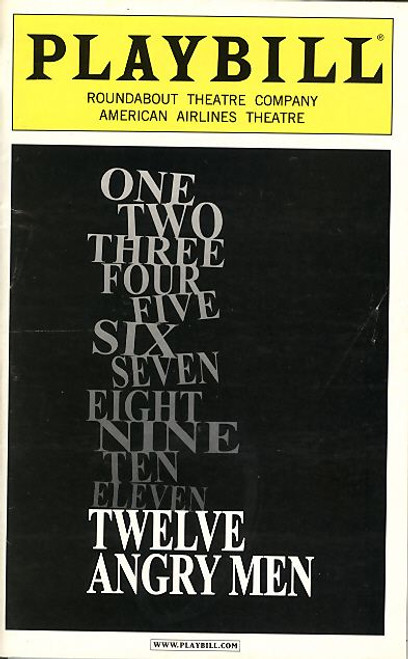 Twelve Angry Men is a play by Reginald Rose adapted from his 1954 teleplay of the same title for the CBS Studio One anthology television series. The play concerns the deliberations of the jury of a homicide trial. At the beginning, they have a nearly unanimous decision of guilty, with a single dissenter of not guilty, who throughout the play sows a seed of reasonable doubt. It was first made as a 1954 teleplay by Reginald Rose for the Studio One anthology television series, and was aired as a CBS live production on 20 September 1954. The drama was later rewritten for the stage in 1955 under the same title. The play's Broadway debut came 50 years later on October 28, 2004, at the Roundabout Theatre American Airlines