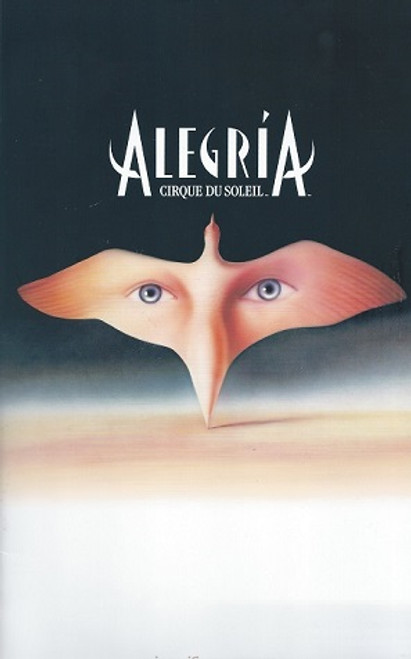 It was one of Cirque du Soleil's most popular touring shows. Since it premiered in April 1994, it has been performed over 5,000 times and seen by over 14 million spectators in more than 250 cities around the world.Alegría originated as a touring big top show. However, beginning with its 2009-2011 North American tour, the show was converted to an arena format, enabling it to visit cities that were previously inaccessible to the big top tour. Furthermore, Alegría took a short respite and was converted to a resident show at MGM's Beau Rivage casino from May 1999 to October 2000 before it continued touring again. On 29 December 2013, Alegría performed its final show at the Lotto Arena in Antwerp, Belgium.
Alegría takes its name from the Spanish word for "joy." Cirque du Soleil's literature describes the show as "an operatic introspection of the struggle for power and the invigorating energy of youth." Dominique Lemieux's costumes evince a baroque aesthetic of decadence and ornamentation, while René Dupéré's musical score features a unique blend of French, Spanish, African, and Mediterranean influences. The stage and props are characterized by gothic arches and harsh angular designs.

This Souvenir Brochure is from the 2001 Australian Tour