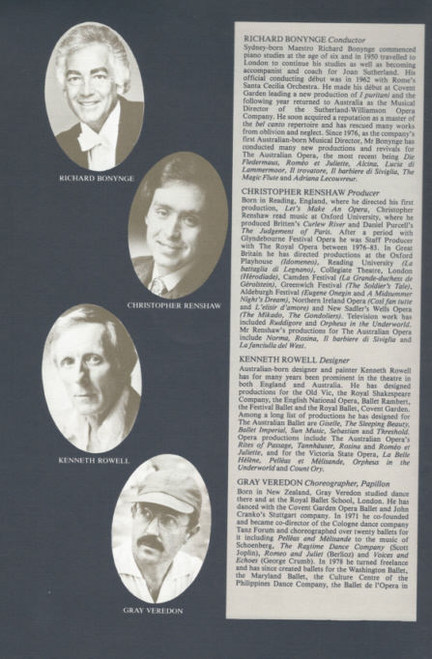 An Evening with Gilbert Offenbach and Sullivan (Opera)

Gilbert and Sullivan refers to the Victorian-era theatrical partnership of the librettist W. S. Gilbert (1836–1911) and the composer Arthur Sullivan (1842–1900). The two men collaborated on fourteen comic operas between 1871 and 1896, of which H.M.S. Pinafore, The Pirates of Penzance and The Mikado are among the best known.

Trial by Jury by Gilbert & Sullivan, a hilarious production of Gilbert and Sullivan's First great Success.
Papillon by Jacques Offenbach, This Middle Part of the Triple Bill is a Grand Pas de deux
to Offenbach's music, with choreography Gray Veredon, BA TA CLAN by Jacques Oftenbach, A great
hit and comedy success, a grlorious send up of french and italian grand opera. Conducted by
Richard Bonynge.