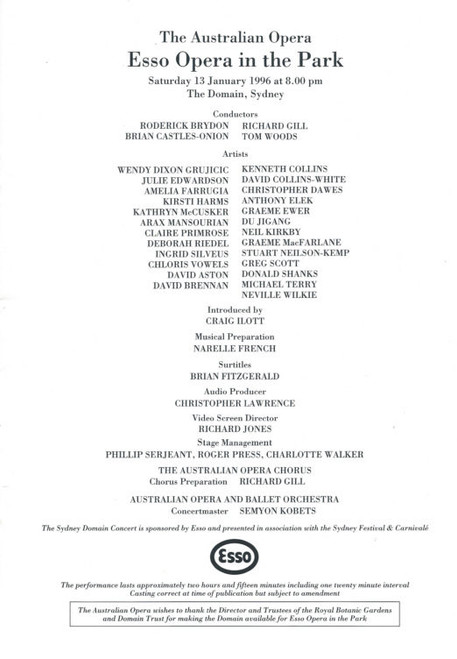 Australian Opera in the Park (Opera)

Size 180 x 255 mm Full Program with Bio's on the Cast
Condition: Used Good 8/10 Looks Ok A Little Age Showing
(Please Note scans are low res for fast loading)
Each Order will incur a $5.00 handling fee (including free shipping)
All Prices Shown are in USD (United States of America Dollars)
All Payments by Paypal Just Checkout as GUEST no need to register