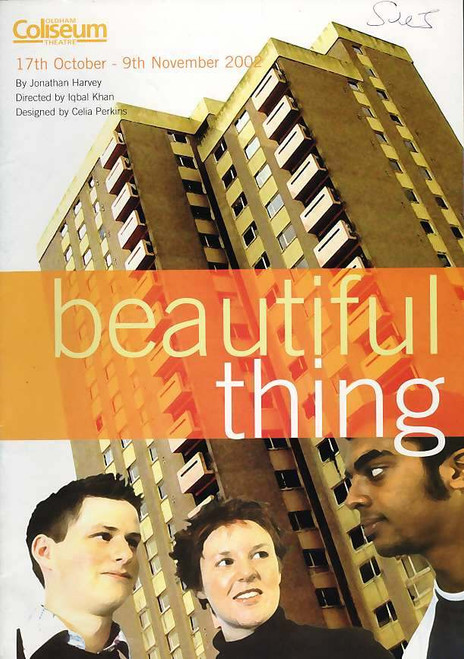 Originally Beautiful Thing is a play written by Jonathan Harvey and first performed in 1993. A screen adaptation of the play was released in 1996 by Channel 4 Films, with a revised screenplay also by Harvey. Initially, the film was only intended for television broadcast but it was so well-received that it was released in cinemas. This play Starred Harry Kent as Jamie, Phil Rowson as Ste, Grace Kingslene as Leah-Preformed in Oldham UK.