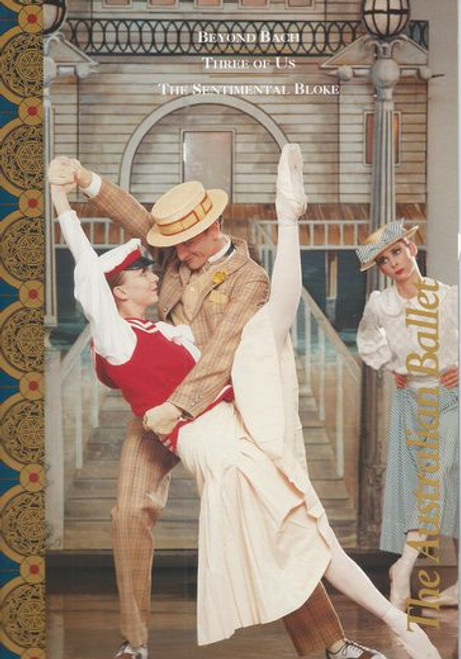 Beyond Bach - Three of Us - The Sentimental Bloke

Beyond Bach is a reminiscence on the form of classical ballet, exploring the influence of Bach on the development of ballet in the courts of Louis XIV. A lady in court attire sets the scene, gliding across the stage and disappearing enigmatically, before dancers in short tunics take off into athletic sequences of dance driven by the complexities of the Bach arrangements.

This Souvenir Brochure is from the 1995 Production