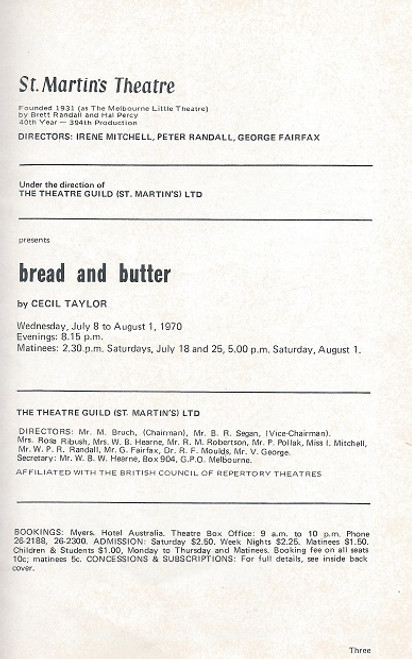 Cecil Philip Taylor (1929 – 1981), usually credited as C.P. Taylor, was a Scottish playwright. He wrote almost 80 plays during his 16 years as a professional playwright, including several for radio and television. He also made a number of documentary programs for the BBC.His plays tended to draw on his Jewish background and his Socialist viewpoint, and to be written in dialect. A long relationship with the Traverse Theatre in Edinburgh began in 1965, enabling Taylor to leave his day job and concentrate on his work as a dramatist. The first play for the Traverse was Happy Days Are Here Again, followed by Bread and Butter (1966), Lies about Vietnam (1969), The Black and White Minstrels (1972), Next Year in Tel Aviv (1973), Schippel (1974), Gynt (1975), Walter (1975), and Withdrawal Symptoms (1978)