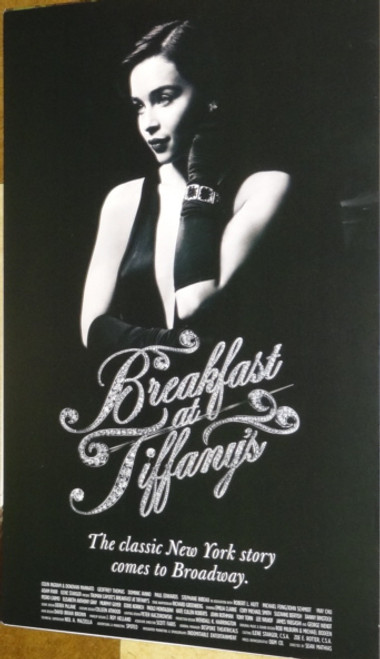 Written by Richard Greenberg for a 2013 production at the Cort Theatre in New York City, starring Emilia Clarke as Holly Golightly, Cory Michael Smith as Fred, and George Wendt as Joe Bell. In early drafts of the story Holly was named Connie Gustafson; Capote later changed her name to Holiday Golightly. He apparently based the character of Holly on several different women, all friends or close acquaintances of his. Claims have been made as to the source of the character, the "real Holly Golightly", in what Capote called the "Holly Golightly Sweepstakes".