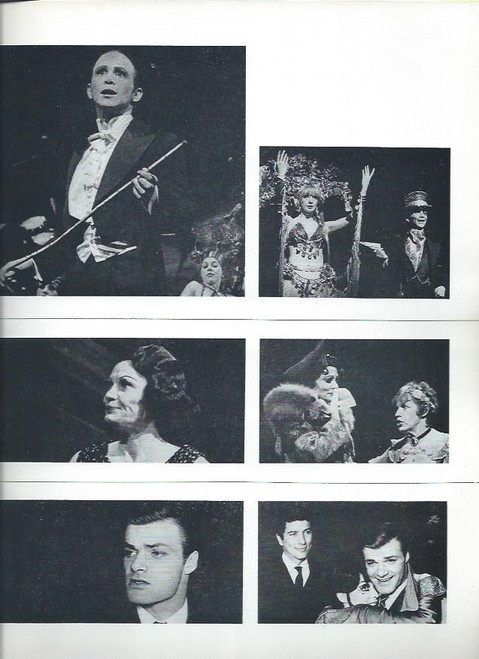 It is based on John Van Druten's 1951 play I Am a Camera, which was adapted from the short novel Goodbye to Berlin (1939) by Christopher Isherwood. Set in 1931 Berlin as the Nazis are rising to power, it is based in nightlife at the seedy Kit Kat Klub, and revolves around the 19-year-old English cabaret performer Sally Bowles and her relationship with the young American writer Cliff Bradshaw.

Condition: Used 6-10 Good ( Only a couple of magic tape repairs to cover also pin holes on the bottom of each page, may have been were record was attached)