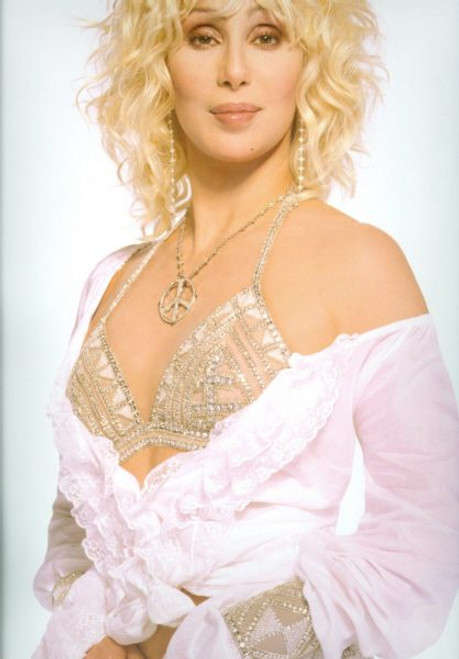 Cher (born Cherilyn Sarkisian; May 20, 1946) is an American singer and actress. Recognized for having brought the sense of female autonomy and self-actualization into the entertainment industry, she is known for her distinctive contralto singing voice and for having worked in various areas of entertainment, as well as continuously reinventing both her music and image, which has led to her being nicknamed the Goddess of Pop.

In June 2002, Cher embarked on the Living Proof: The Farewell Tour, announced as the final live concert tour of her career, although she vowed to continue making records and films. The show highlighted her successes in music, television, and film, featuring video clips from the 1960s onwards and an elaborate backdrop and stage set-up. Initially scheduled for 49 shows, the worldwide tour was extended several times. A collection of live tracks taken from the tour was released in 2003 as the album Live! The Farewell Tour.  The NBC special Cher - The Farewell Tour (2003) attracted 17 million viewers. It was the highest rated network-TV concert special of 2003 and won the Primetime Emmy Award for Outstanding Variety, Music, or Comedy Special.

Phantom of the Opera - 6