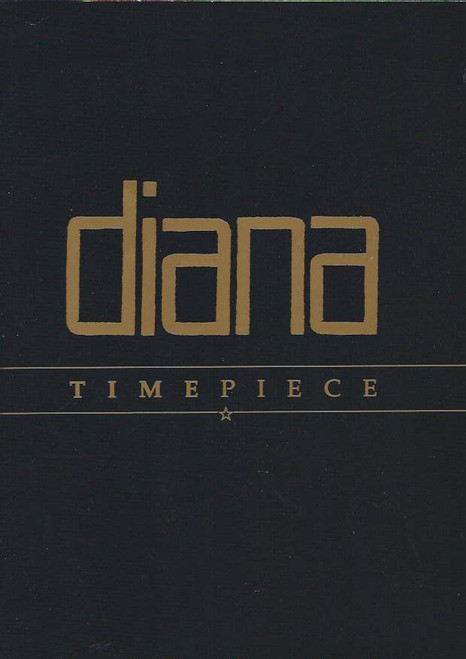 The tour represented her looking back over her famous career, including the present day. There is text, too--her thoughts on the various stages of her professional life from the Supremes to the present.

Ross first rose to fame as a founding member and lead singer of the Motown group The Supremes during the 1960s. After leaving the group in 1970, Ross began a solo career that has included successful ventures into film and Broadway. She received a Best Actress Academy Award nomination for her role as Billie Holiday in Lady Sings the Blues (1972), for which she won a Golden Globe award for most promising female newcomer. She has won seven American Music Awards, and won a Special Tony Award for her one-woman show, An Evening with Diana Ross, in 1977.