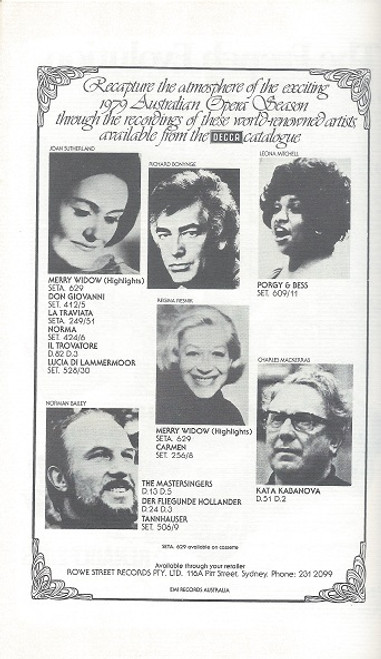 Don Giovanni complete title: Il dissoluto punito, ossia il Don Giovanni, literally The Rake Punished, namely Don Giovanni or The Libertine Punished) is an opera in two acts with music by Wolfgang Amadeus Mozart and Italian libretto by Lorenzo Da Ponte. It is based on the legends of Don Juan, a fictional libertine and seducer. It was premiered by the Prague Italian opera at the National Theater (of Bohemia), now called the Estates Theatre, on 29 October 1787.[1] Da Ponte's libretto was billed as a dramma giocoso, a common designation of its time that denotes a mixing of serious and comic action. Mozart entered the work into his catalogue as an opera buffa. Although sometimes classified as comic, it blends comedy, melodrama and supernatural elements.

Condition: Used Good 8/10 (small rust on center staples)
(Please Note scans are low res for fast loading)
Each Order will incur a $5.00 handling fee (including free shipping)
All Prices Shown are in USD (United States of America Dollars)
All Payments by Paypal Just Checkout as GUEST no need to register