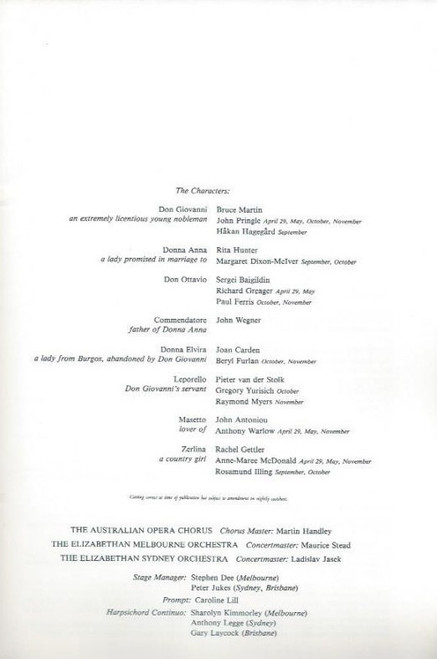 Don Giovanni  is an opera in two acts with music by Wolfgang Amadeus Mozart and Italian libretto by Lorenzo Da Ponte. It is based on the legends of Don Juan, a fictional libertine and seducer. It was premiered by the Prague Italian opera at the Teatro di Praga (now called the Estates Theatre) on October 29, 1787.Da Ponte's libretto was billed, like many of its time, as dramma giocoso, a term that denotes a mixing of serious and comic action. Mozart entered the work into his catalogue as an opera buffa. Although sometimes classified as comic, it blends comedy, melodrama and supernatural elements.

The opera was commissioned as a result of the overwhelming success of Mozart's trip to Prague in January and February of 1787. The subject matter may have been chosen in consideration of the long history of Don Juan operas in Prague; indeed, the genre of eighteenth-century Don Juan opera originated in Prague.