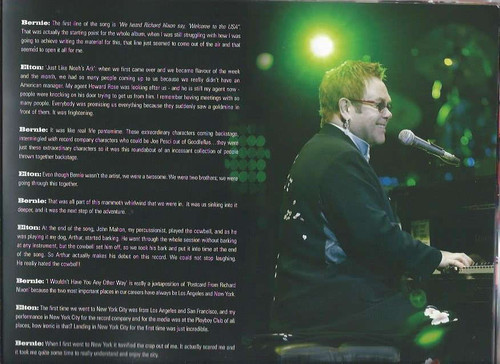 Full of great pictures and information on the show and Elton.

Sir Elton Hercules John CBE (born Reginald Kenneth Dwight on 25 March 1947) is an English singer-songwriter, composer, pianist and occasional actor. He has worked with lyricist Bernie Taupin as his songwriter partner since 1967; they have collaborated on more than 30 albums to date.

The Captain and the Kid Tour is a concert tour by Elton John which lasted from September 2006[1][2] until January 2008.[3] The tour was to promote the album of the same name.