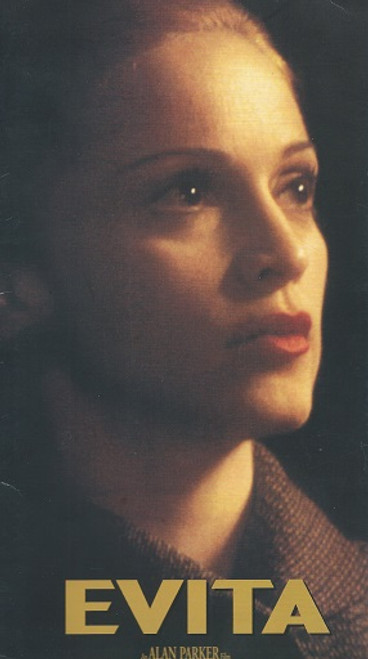 Evita is a 1996 American musical drama film based on the 1976 concept album of the same name produced by Tim Rice and Andrew Lloyd Webber, which also inspired a 1978 musical. The film depicts the life of Eva Perón, detailing her beginnings, rise to fame, political career and death at the age of 33. Directed by Alan Parker, and written by Parker and Oliver Stone, Evita stars Madonna as Eva, Jonathan Pryce as Eva's husband Juan Perón, and Antonio Banderas as Ché, an everyman who acts as the film's narrator.
Following the release of the 1976 album, a film adaptation of the musical became mired in development hell for more than fifteen years, as the rights were passed on to several major studios, and various directors and actors considered. In 1993, producer Robert Stigwood sold the rights to Andrew G. Vajna, who agreed to finance the film through his production company Cinergi Pictures, with the Walt Disney Studios distributing the film through Hollywood Pictures.

This Souvenir Program in from 1996 Movie