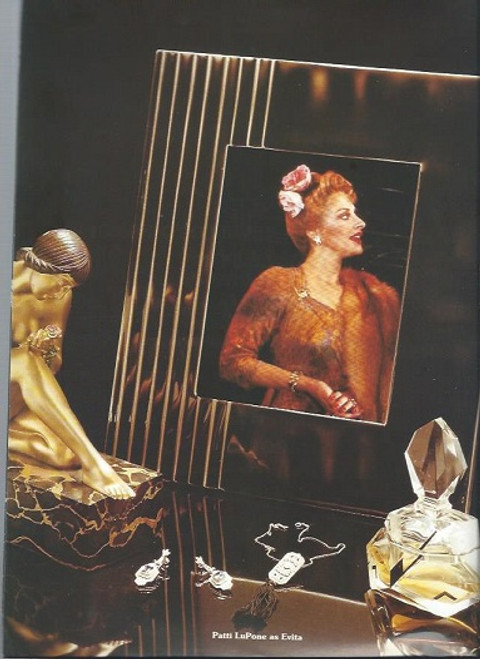 This Souvenir Brochure is from the 1980 Australian Tour .

Many beautiful colour plates and the full Evita story a must for any collector.
Condition: Good 8/10 (Please Note scans are low res for fast loading)
(some small creases near staples and on right hand corner)