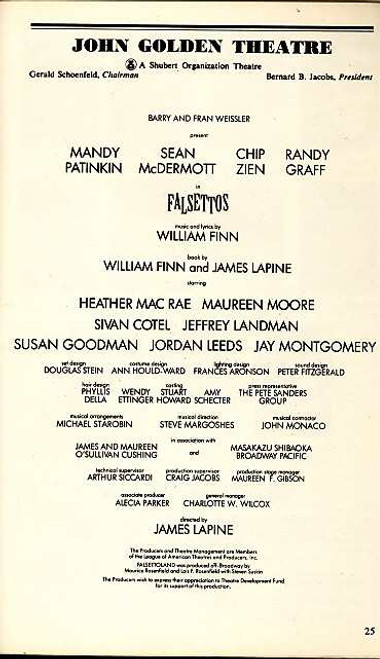 Falsettos is a musical with a book by James Lapine and William Finn and music and lyrics by Finn, comprising March of the Falsettos and Falsettoland, the last two in a trio of one-act off-Broadway plays (the first was In Trousers) focusing on Marvin, his ex-wife Trina, his psychiatrist Mendel, his son Jason, and his gay lover Whizzer Brown.

This Playbill is from the Broadway Production of Falsettos May 1993 at the John Golden Theatre.

Charlie and the Chocolate Factory - 4