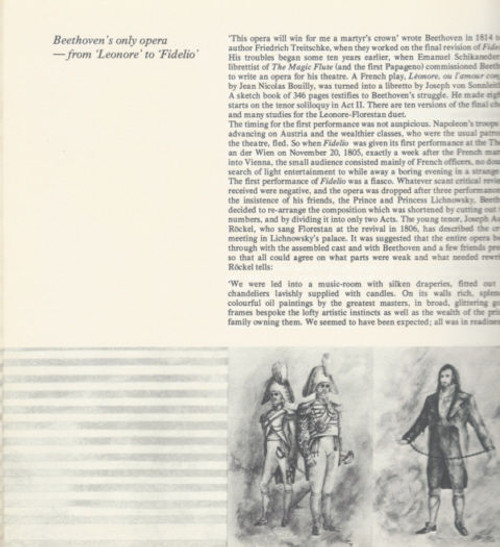 Fidelio (Op. 72) is a German opera with spoken dialogue in two acts by Ludwig van Beethoven. It is his only opera. The German libretto is by Joseph Sonnleithner from the French of Jean-Nicolas Bouilly, which had been used for the 1798 opera Léonore, ou L’amour conjugal by Pierre Gaveaux, and the 1804 opera Leonora by Ferdinando Paer (a score of which was owned by Beethoven). The opera tells how Leonore, disguised as a prison guard named "Fidelio", rescues her husband Florestan from death in a political prison.