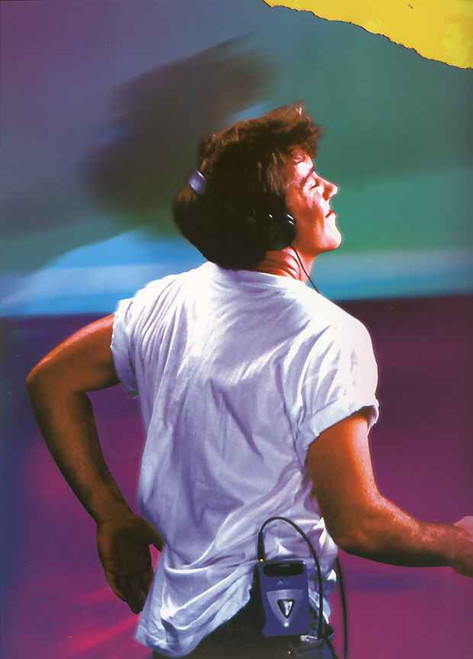 Footloose is a 1998 musical based on the 1984 film of the same name. The music is by Tom Snow (among others), the lyrics by Dean Pitchford (with additional lyrics by Kenny Loggins), and the book by Pitchford and Walter Bobbie.

Footloose the Musical opened at Broadway’s Richard Rodgers Theatre on October 22, 1998 and ran for 709 performances until July 2, 2000. It was directed by Walter Bobbie with choreography by A.C. Ciulla.

Footloose received an at-best mixed critical reception though it was reasonably successful. General consensus was that the show was in and of itself poor, but the music and talented cast made it entertaining. Footloose has developed a following since its original release. It apparently has been one of the most frequently performed school musicals in recent years, at least in the United States (see here for discussion on this subject). It was nominated for four Tony Awards. The wardrobe is on display at the Costume World Broadway Collection in Pompano Beach, Florida.

Footloose explodes onto the stage with classic ’80s anthems including Holding out for a Hero, Let’s hear it for the boy, Almost Paradise and of course the title song. Life in small-town Beaumont is peaceful — until City boy, Ren, arrives. Breaking every taboo, Ren brings dance back to the heart of a town held back by the memory of a tragedy. Based on the hit ’80s movie (which launched the careers of Kevin Bacon, Sarah Jessica Parker and Jon Lithgow), Footloose has become a stage phenomenon. From Broadway to the West End and touring across the UK , there is just no stopping this smash hit musical.

This Souvenir Brochure is from the 2002 Australian Tour,

Size 240 x 330 mm Large Format
Many beautiful colour plates from the show and cast a must for any collector.
Condition: Good 8/10
(Please Note scans are low res for fast loading)