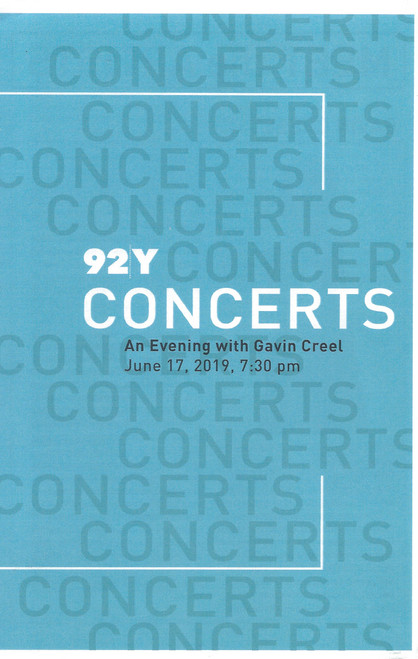 92Y announces a second concert with award-winner Gavin Creel. On Monday, June 17 at 7:30 pm, Creel will pay homage to the American musical songbook and recreate memorable songs from his distinguished Broadway career, including his Tony and Drama Desk Award-winning role in Hello, Dolly! (performing with Bette Midler and Bernadette Peters), Waitress, Thoroughly Modern Millie (Tony nomination), La Cage Aux Folles, Hair (Tony nomination), The Book of Mormon and She Loves Me. Creel also garnered an Olivier Award for his performance in The Book of Mormon in London. This show is in addition to his performance at 92Y's Kathryn W. Stein Memorial Concert at 2 pm on that same date.
Gavin Creel received a Tony Award for his performance as "Cornelius Hackl" in Hello, Dolly! starring Bette Midler and David Hyde Pierce. Gavin made his Broadway debut originating the role of "Jimmy Smith" in Thoroughly Modern Millie, for which he received his first Tony Award nomination. He has since created such memorable performances on Broadway as "Jean-Michel" in La Cage Aux Folles, "Claude" in Hair, which earned him a second Tony Award nomination, and "Stephen Kodaly" in the Roundabout Theater Company's production of She Loves Me.