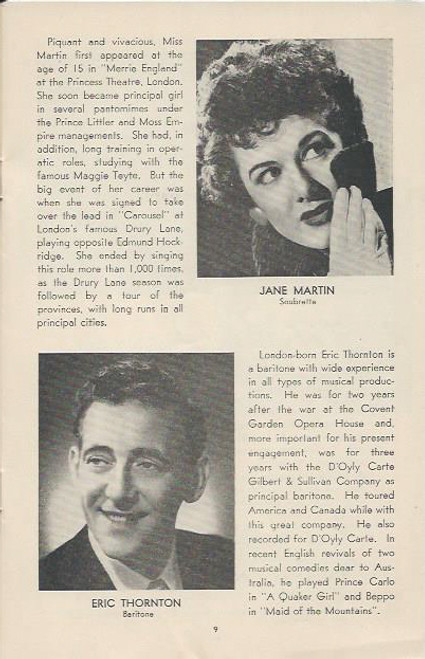 Gilbert and Sullivan refers to the Victorian-era theatrical partnership of the librettist W. S. Gilbert (1836–1911) and the composer Arthur Sullivan (1842–1900). The two men collaborated on fourteen comic operas between 1871 and 1896, of which H.M.S. Pinafore, The Pirates of Penzance and The Mikado are among the best known also Iolanthe.

Her Majesty's Theatre, Sydney, Australia, refers to three theatres of the same name:

One was a theatre which opened on 10 September 1887 and closed on 10 June 1933. It was located on the corner of Pitt and Market Street, Sydney, where Centrepoint stands today.

The second was located in Quay Street. It had opened with the show "Sunny" in 1927 as the Empire Theatre. When J.C. Williamson wanted a long run for My Fair Lady, they renamed the theatre Her Majesty's. The theatre barely survived the 1960s and was destroyed by fire.

The third was also located at 107 Quay Street, Haymarket (near Central Station).It opened in 1975 but is no longer standing. Apartments were built on the site.

Each Orders will incur a $5.00 handling fee (Shown as Tax) per Order (including free shipping)

The Pirates of Penzance - 3