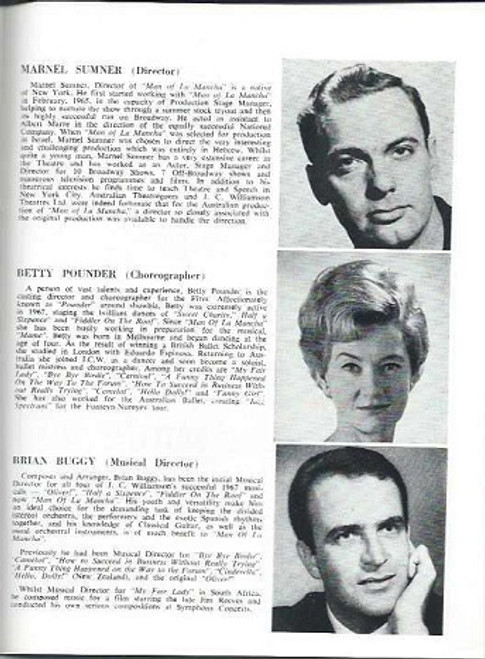 This Souvenir Brochure is from the 1968 Season in Brisbane at the Her Majesty's Theatre.