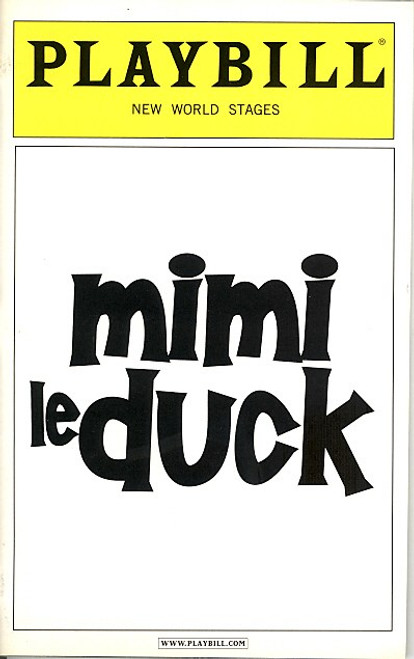 Mimi le Duck is a musical with book and lyrics by Diana Hansen-Young and music by Brian Feinstein. Mimi Le Duck premiered at the Adirondack Theater Festival in 2004, followed by a run at the Fringe Festival that same year. The musical opened on November 6, 2006 Off-Broadway at New World Stages. Directed by Tom Caruso, the cast featured Tom Aldredge, Candy Buckley, Robert DuSold, Allen Fitzpatrick, Annie Golden, Ken Jennings, Marcus Neville and Eartha Kitt, with musical staging by Matt West. The production closed on December 3, 2006 after 28 previews and 30 regular performances.