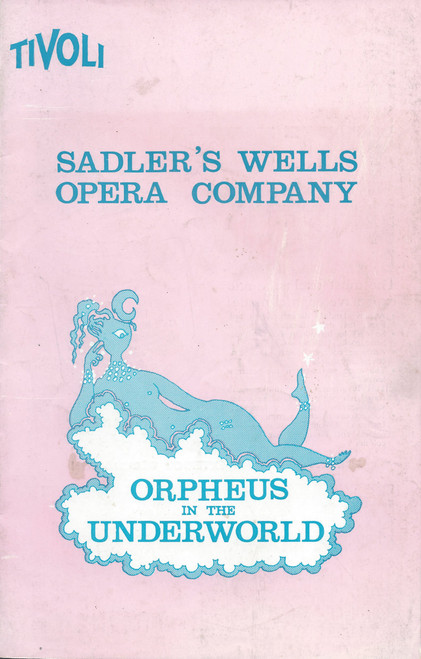 Orpheus in the Underworld and Orpheus in Hell are English names for Orphée aux enfers, a comic opera with music by Jacques Offenbach and words by Hector Crémieux and Ludovic Halévy. It was first performed as a two-act "opéra bouffon" at the Théâtre des Bouffes-Parisiens, Paris, on 21 October 1858, and was extensively revised and expanded in a four-act "opéra féerie" version, presented at the Théâtre de la Gaîté, Paris, on 7 February 1874.

English National Opera (ENO) is an opera company based in London, resident at the London Coliseum in St Martin's Lane. It is one of the two principal opera companies in London, along with The Royal Opera, Covent Garden. ENO's productions are sung in English.

The company's origins were in the late 19th century, when the philanthropist Emma Cons, later assisted by her niece Lilian Baylis, presented theatrical and operatic performances at the Old Vic, for the benefit of local people. Baylis subsequently built up both the opera and the theatre companies, and later added a ballet company; these evolved into ENO, the Royal National Theatre and The Royal Ballet, respectively.