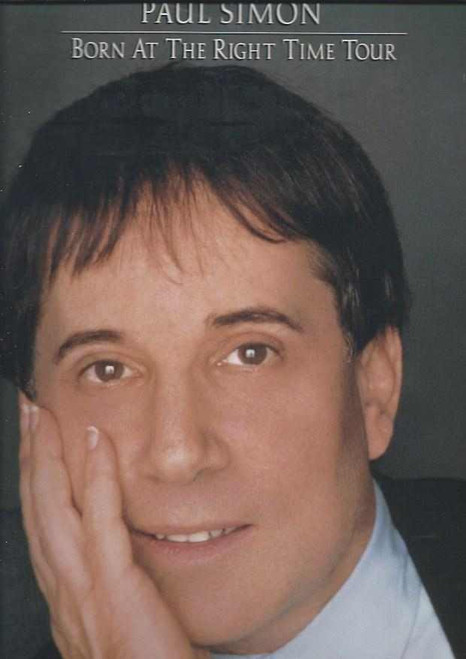 Paul Frederic Simon (born October 13, 1941) is an American musician, singer, and songwriter. Simon's fame, influence, and commercial success began as part of the duo Simon & Garfunkel, formed in 1964 with musical partner Art Garfunkel. Simon wrote most of the pair's songs, including three that reached No. 1 on the U.S. singles charts: "The Sound of Silence", "Mrs. Robinson", and "Bridge Over Troubled Water". The duo split up in 1970 at the height of their popularity, and Simon began a successful solo career as a guitarist and singer-songwriter, recording three highly acclaimed albums over the next five years. In 1986, he released Graceland, an album inspired by South African township music.

Simon has earned 12 Grammys for his solo and collaborative work, including the Lifetime Achievement Award. In 2001, he was inducted into the Rock and Roll Hall of Fame and in 2006 was selected as one of the "100 People Who Shaped the World" by Time magazine. Among many other honors, Simon was the first recipient of the Library of Congress's Gershwin Prize for Popular Song in 2007. In 1986 Simon was awarded an Honorary Doctor of Music degree from Berklee College of Music where he currently serves on the Board of Trustees.

The success of both albums (Graceland and The Rhythm of the Saints) allowed Simon to stage another New York concert. On August 15, 1991, almost a decade after his concert with Garfunkel, Simon staged a second concert in Central Park with African and South American bands. The success of the concert surpassed all expectations, and reportedly over 750,000 people attended—one of the largest concert audiences in history. He later remembered the concert as, "...the most memorable moment in my career." The success of the show led to both a live album and an Emmy-winning TV special. In the middle, Simon embarked on the successful Born at the Right Time Tour, and promoted the album with further singles, including "Proof"—accompanied with a humorous video featuring, again, Chevy Chase. On March 4, 1992 he appeared on his own MTV Unplugged, offering renditions of many of his most famous compositions. Broadcast in June, the show was a success, though it did not receive an album release.

Phantom of the Opera - 2