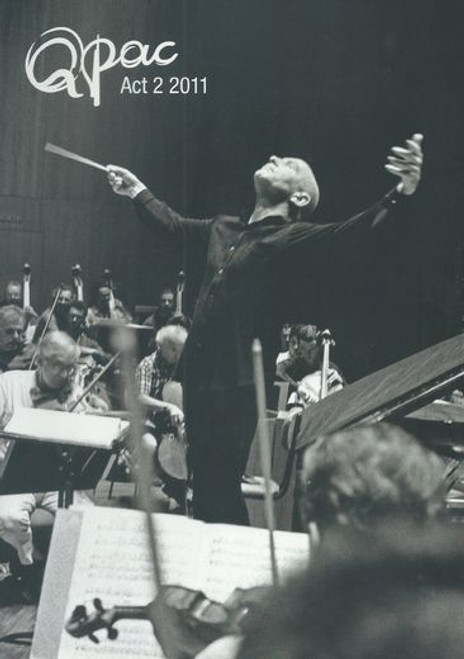 QPAC was designed by local architect Robin Gibson in the mid-1970s, after State Cabinet formally recognised in 1972 the need for a new Queensland Art Gallery and a new major performing arts centre, in addition to a new location for the Queensland Museum and State Library. It was opened by the Duke of Kent in 1985.
Although originally opened as the “Queensland Performing Arts Complex”, after years of resisting the popular mis-naming of the building, it was officially changed to the “Queensland Performing Arts Centre” and all signage was altered to match.
Opening with only 3 Theatres, "The Lyric Theatre", "The Concert Hall" and "The Cremorne Theatre", the Centre was designed with expansion in mind. In 1998 the "Playhouse" was opened, ending the original extension plans. A fifth and likely final Theatre (seating 1500-1700) was announced in late May 2018 with a budget of $125 million. Completion is aimed for 2022. Currently tenders are being sought for its design.

This Souvenir Brochure is from the 2011 Second half program