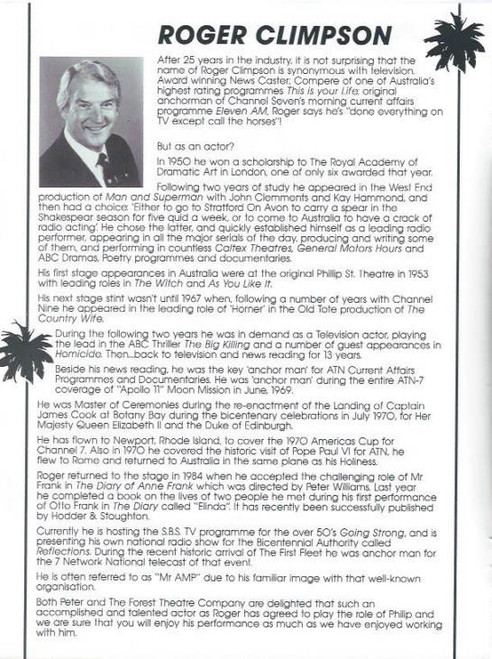 Relatively Speaking is a play by British playwright Alan Ayckbourn, originally titled Meet My Father, his first play to be a major success. The action of the play takes place during a summer weekend in the bed-sitting room of Ginny’s London flat and on the garden patio of Sheila and Philip’s home in Buckinghamshire, outside London. The time is 1965. Relatively Speaking had its world premiere in Scarborough in 1965. The London production in 1967 at the Duke of York's Theatre was Ayckbourn's first London West End hit. It also helped to launch Richard Briers' career, and featured Michael Hordern and Celia Johnson. It has since been staged a few times by professional and amateur companies, and in 2013 has been revived at Wyndham's Theatre in London, starring Felicity Kendal as Sheila.