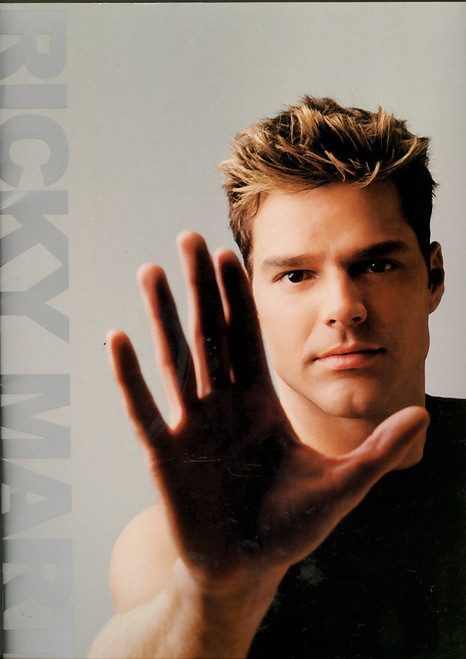 The tour started in October 1999 and continued until October 2000. The tour covered four continents, North America, Europe, Asia and Oceania. According to 2000 year-end report, Ricky Martin had the 10th highest-grossing tour in the US, with 44 shows grossing $36.3 million and drawing an audience of 617,488 Enrique "Ricky" Martín Morales (born December 24, 1971), is a Puerto Rican pop singer and actor who achieved prominence, first as a member of the Puerto Rican boy band Menudo, and as a solo artist since 1991. Throughout his career, he has sold more than 60 million albums worldwide. He is the founder of the Ricky Martin Foundation, a non-profit charity organization aimed at eliminating human trafficking. On the edge of the new millennium, Martin—almost by himself—gave Latino music an international face. An acclaimed performance at the 1999 Grammy Awards launched Martin into worldwide super-stardom. As Entertainment Weekly's Andrew Essex reported, "his leather-pants, electro-pelvis version of 'La Copa de la Vida' single-handedly goosed a very dull [Grammy] telecast, earning him a standing ovation." In 2010, Martin announced that he was a "fortunate homosexual man", ending years of fan speculation on the topic. His twin sons, Matteo and Valentino, were born via a surrogate mother in 2008. Martin also co-owns a Miami restaurant, Casa Salsa, and received a star on the Hollywood Walk of Fame in 2007. On November 4, 2011, Ricky Martin was granted Spanish citizenship, along with fellow Puerto Rican Benicio Del Toro, for his artistic merits and for his great-grandmother being Spanish-born. Martin also stared as Che in the Broadway revival of the Andrew Lloyd Webber musical Evita 2012.