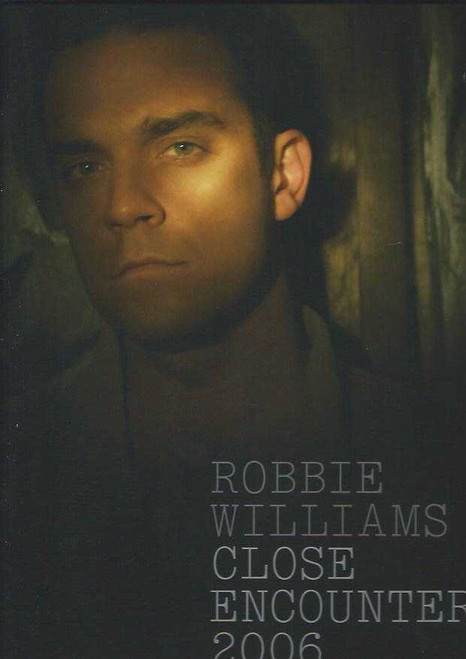 Robert Peter "Robbie" Williams (born 13 February 1974) is an English singer-songwriter, and occasional actor. He is a member of the pop group Take That, but has found greater commercial success as a solo artist.

Williams has sold over 70 million records worldwide, which ranks him among the best-selling music artists worldwide.He is the best-selling British solo artist in the United Kingdom and the best selling non-Latino artist in Latin America. Six of his albums are among the top 100 biggest-selling albums in the United Kingdom. He has also been honoured with seventeen BRIT Awards—more than any other artist—and seven ECHO Awards. In 2004, he was inducted into the UK Music Hall of Fame after being voted as the "Greatest Artist of the 1990s." Williams is married to actress Ayda Field.

The album Intensive Care was launched in Berlin on 9 October. It became a smash hit around the world.

In November 2005, Williams took home the MTV Europe Music Award for 'Best Male', but also, entered in The Guinness Book of World Records when he announced his World Tour for 2006, selling 1.6 million tickets in one single day. But after the success, Gary Barlow, Mark Owen, Jason Orange, and Howard Donald had agreed to reunite in Notting Hill, west London, for a preview screening of a documentary about Take That. The documentary screened on ITV1 on 16 November 2005. Unfortunately, according to a source quoted by The Sunday Mirror, "Robbie announced he wasn't coming. The rest of the band were gutted but felt the show had to go on."

Williams kicked off his Close Encounters World Tour in South Africa in April 2006, when he finished his European leg of the tour. 2.5 million people had seen the show, and after touring Latin America and Australia the numbers went up to 3 million.

Size 240 x 340 mm 24-page tour programme loaded with photographs of Robbie the back of the programme has a folder with 6-page tour information/Robbie biography booklet .
(Please Note scans are low res for fast loading)