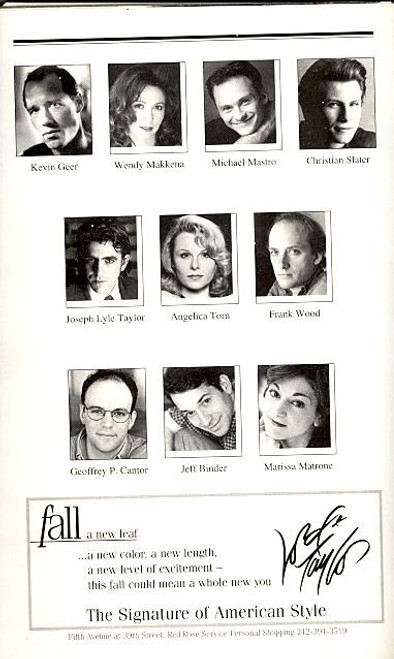 Side Man is a memory play by Warren Leight. His inspiration was his father Donald, who worked as a sideman, in jazz parlance a musician for hire who can blend in with the band or star as a solo performer, according to what is required by the gig. The play's narrator is Clifford Glimmer, the only son of Gene, a talented but self-absorbed jazz trumpeter, and his alcoholic wife Terry, who describes the tumultuous relationship his parents shared and the haphazard career journey Gene followed over the course of three decades. Dedicated more to his music than his family, he refuses to accept a regular job to support them, and their home life gradually unravels, with Clifford eventually assuming the role of breadwinner his father has forsaken and offering his mother the emotional support Gene cannot. Scenes alternate between the family's Spartan New York City apartment and the smoke-filled nightclubs and cabarets of another era.