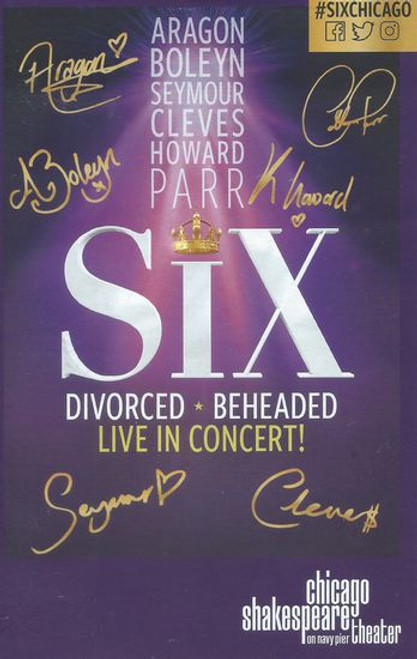 Divorced, beheaded, died; divorced, beheaded, survived. On the heels of its UK debut and wildly popular West End run, Chicago Shakespeare stages the North American Premiere of SIX. The wives of Henry VIII join forces for an electrifying pop-concert spectacle—shining a spotlight on these six women as never before. The queens take the mic to reclaim their identities out of the shadow of their infamous spouse—remixing five hundred years of historical heartbreak into a power-packed celebration of twenty-first-century female empowerment. Backed by a band known as the “Ladies in Waiting,” the all-woman ensemble crosses the spectrum of modern-day pop with a soundtrack that has stormed to the top of the UK charts.