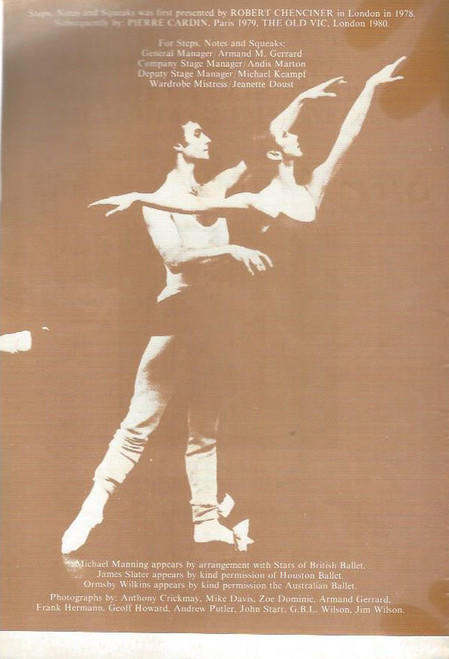 Souvenir Brochure 1981  The Festival of Sydney

Maina Gielgud began ballet lessons in England with some of the greatest artists in classical ballet of 20th Century, including Tamara Karsavina and Stanislas Idzikowsky. At the age of twelve, she moved to France to continue her training. There she studied with Lubov Egorova, Victor Gsovsky and later, with Rosella Hightower and Marika Besobrasova.  Her first years as a professional dancer were with the companies of Roland Petit, the Grand Ballet du Marquis de Cuevas, Rosella Hightower and the Grand Ballet Classique de France, where she performed a number of principal roles.

Then followed four years with Maurice Béjart’s Ballet of the Twentieth Century, during which time Bejart created several ballets on her, including Bhakti, Forme et Ligne and Rose Variations, which she later danced in London.  Partnering Rudolf Nureyev in The Sleeping Beauty re-kindled her desire to dance the classics and prompted her to join London Festival Ballet (now English National Ballet) as a Principal Artist in 1972. She created her now famous Steps, Notes and Squeaks, which was successfully premiered in London in 1978, and later toured Australia.