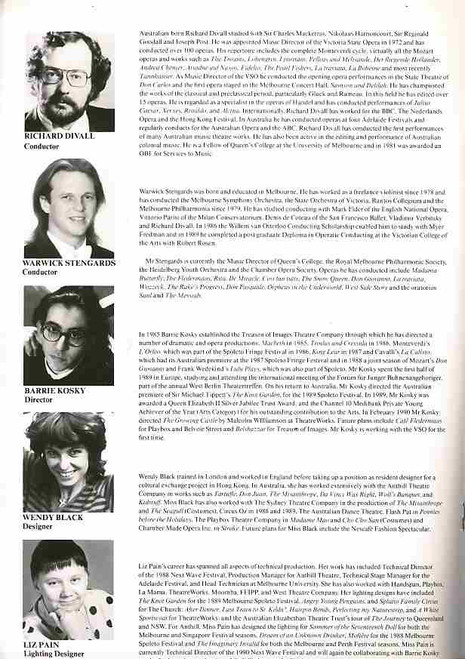 with Victoria State Opera Chorus and and Rantos Collegium Orchestra.

This Souvenir Brochure is from the 1990 production at the Monash University Alexander Theatre with Victoria State Opera Chorus and Rantos Collegium Orchestra.

Size 210 x 320 mm Includes information on the Opera and the Cast a great addition to any show collection.