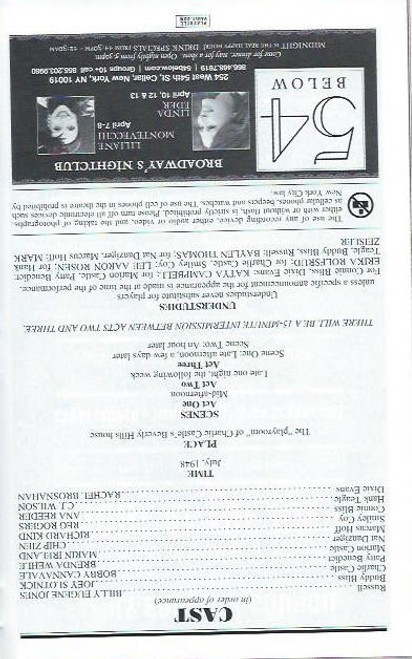 The Big Knife premiered on Broadway at the National Theatre on February 24, 1949 and closed on May 28, 1949 after 109 performances. Directed by Lee Strasberg, the play starred John Garfield as Charles Castle. The first Broadway revival is set to open at the American Airlines Theatre on April 16, 2013, produced by Roundabout Theatre Company, directed by Doug Hughes and starring Bobby Cannavale.

Charlie Castle, a very successful Hollywood actor, lives in a huge home. But his wife Marion is on the verge of leaving him, which he refuses to confirm to influential gossip columnist Patty Benedict.

On his wife’s advice, Castle is adamantly refusing to renew his contract, which enrages Stanley Shriner Hoff, his powerful studio boss. Castle wants to be free from the studio’s grip on his life and career.