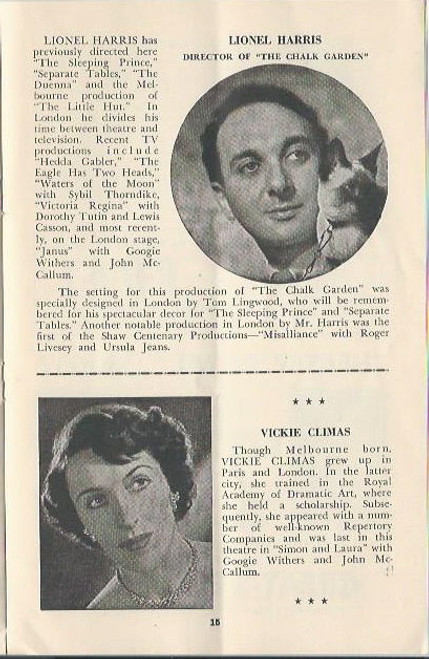 The Chalk Garden is a play by Enid Bagnold that premiered on Broadway in 1955. The play tells the story of Mrs. St Maugham and her granddaughter Laurel, a disturbed child under the care of Miss Madrigal, a governess. The setting of the play was inspired by Bagnold’s own garden at North End House in Rottingdean, near Brighton, Sussex, the former home of Sir Edward Burne-Jones. The work has since been revived numerous times internationally, including a film adaptation in 1964.

Size 135 x 210 mm Great information about the show and the cast a great addition to any show collection. Condition: Used Good 8/10