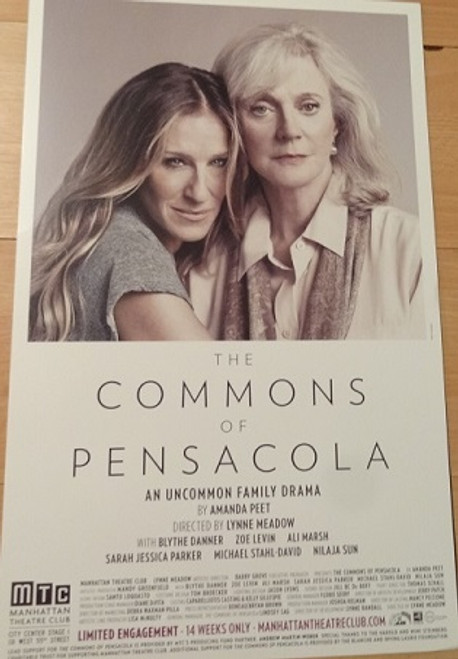 The first produced play by actress Amanda Peet has a lot going for it, including highly emotional performances by Blythe Danner and Sarah Jessica Parker.

There's a certain amount of scrutiny that comes with having your very first play produced. When you're a famous actress having your very first play produced featuring two famous actresses at one of New York's biggest theatrical institutions, that scrutiny is amplified a gazillion. So I don't envy Amanda Peet, the comedic costar of such films as The Whole Nine Yards and Something's Gotta Give, whose first play, The Commons of Pensacola, is currently in production at Manhattan Theatre Club's New York City Center - Stage I in a production starring Blythe Danner and Sarah Jessica Parker.