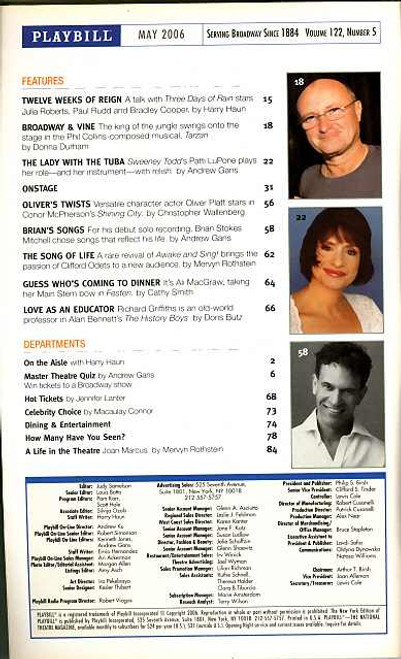 The History Boys is a play by British playwright Alan Bennett. The play premiered at the Lyttelton Theatre in London on 18 May 2004. Its Broadway debut was on 23 April 2006 at the Broadhurst Theatre where there were 185 performances staged before it closed on 1 October 2006. The play won multiple awards, including the 2005 Laurence Olivier Award for Best New Play and the 2006 Tony Award for Best Play. Samuel Anderson, Samuel Barnett, Dominic Cooper, Andrew Knott, Richard Griffiths, James Corden.