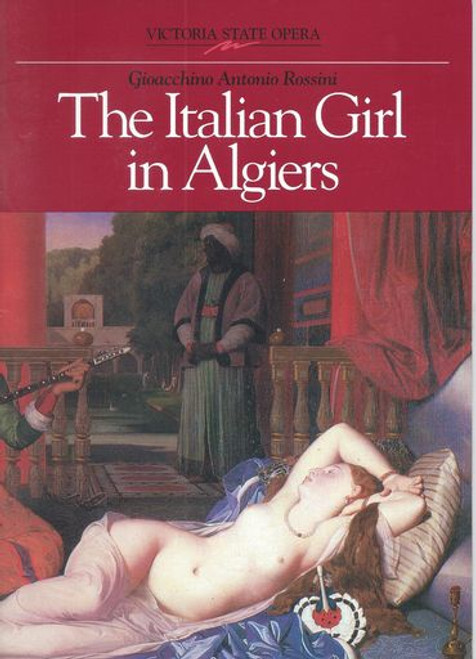 L'Italiana in Algeri - The Italian Girl in Algiers) is an operatic dramma giocoso in two acts by Gioachino Rossini to an Italian libretto by Angelo Anelli, based on his earlier text set by Luigi Mosca. It premiered at the Teatro San Benedetto in Venice on 22 May 1813. The music is characteristic of Rossini's style, remarkable for its fusion of sustained, manic energy with elegant, pristine melodies.

The work was first performed at the Teatro San Benedetto, Venice on 22 May 1813. It was a notable success and Rossini made progressive changes to the work for later performances in Vicenza, Milan and Naples, during the following two years.
The opera was first presented in London at His Majesty's Theatre on 28 January 1819 and on 5 November 1832 in New York. It fell somewhat out of favour as the 19th century progressed, but notable performances were presented from the 1920s in "Turin (1925), Rome (1927) and London (1935)"  and it has been revived frequently since World War II with many successful productions. In the 21st century, Rossini’s opera continues to be performed regularly.