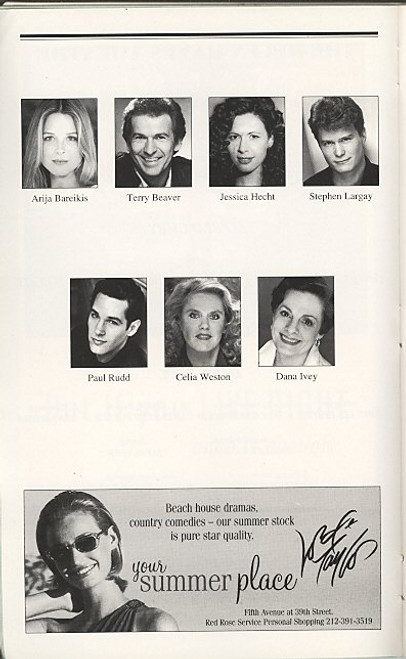 THE LAST NIGHT OF BALLYHOO takes place in Atlanta, Georgia, in December of 1939. <em>Gone with the Wind</em> is having its world premiere, and Hitler is invading Poland, but Atlanta's elitist German Jews are much more concerned with who is going to Ballyhoo, the social event of the season. After twenty-four previews, the Broadway production, directed by Ron Lagomarsino, opened on February 27, 1997 at the Helen Hayes Theatre, where it ran for 556 performances. The original cast included Terry Beaver as Adolph, Dana Ivey as Boo, Paul Rudd as Joe, Arija Bareikis as Sunny, Jessica Hecht as Lala, and Celia Weston as Aunt Reba. Replacements later in the run included Peter Michael Goetz as Adolph, Kelly Bishop and Carole Shelley as Boo, Mark Feuerstein and Christopher Gartin as Joe, Kimberly Williams as Sunny, and Cynthia Nixon and Ilana Levine as Lala.

The Lady from Maxim's