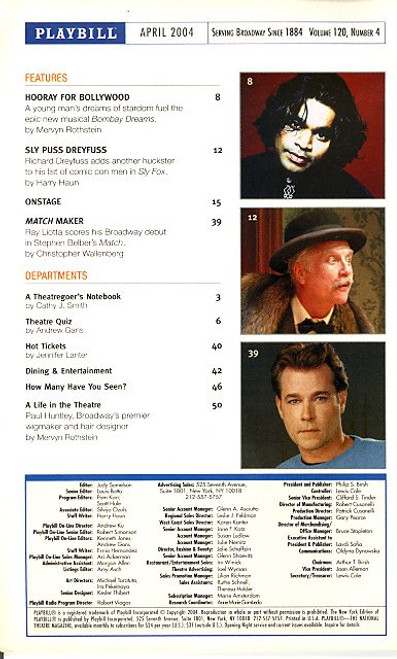 Marijuana-Logues is an Off-Broadway comedy show in New York City. Arj Barker, Doug Benson and Tony Camin are the creators and performers. It is a four man stand-up comedy show, with the majority of the humor centered around the drug marijuana. The show's title is a play on the long-running Broadway show The Vagina Monologues. The show began its run in March 2004. There is also an original cast recording released in 2004 by Comedy Central, and a book. When the show toured, actor Tommy Chong became part of the tour for two cities. His legal concerns, including that audience members were actually smoking marijuana at some of the shows early in its tour, and pressure from his probation officer ultimately caused him to leave the show.

Dialogues of the Carmelites

The Marriage of Figaro

The Mystery of Edwin Drood