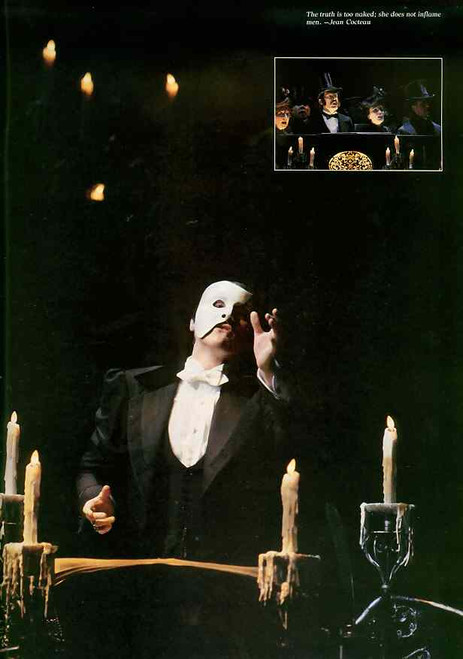 The Phantom of the Opera (Musical)

This Souvenir Brochure is from the 1990 Original Australian Production at Princess Theatre Melbourne Australia.

Many wonderful photographs from the show in full colour, a great addition to any show collection, also includes program/playbill with all cast and crew details.