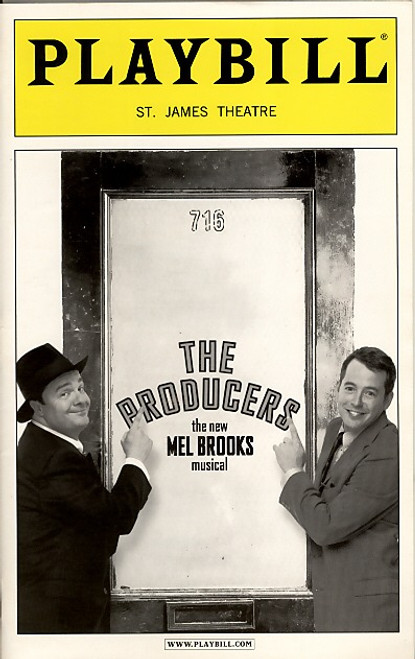 The Producers  is a musical adapted by Mel Brooks and Thomas Meehan from Brooks' 1968 film of the same name, with lyrics by Brooks and music by Brooks and Glen Kelly. As in the film, the story concerns two theatrical producers who scheme to get rich by overselling interests in a Broadway flop. Complications arise when the show unexpectedly turns out to be successful. The humor of the show is accessible to a wide range of audiences and draws on ridiculous accents, caricatures of homosexuals and Nazis, and many show business in-jokes. The original production opened on Broadway on April 19, 2001, starring Nathan Lane and Matthew Broderick, and ran for 2,502 performances, winning a record-breaking 12 Tony Awards. It spawned a successful London production running for three years, national tours, many productions internationally and a 2005 film version. Cast March 2002 - Nathan Lane, Matthew Broderick, Roger Bart, Gary Beach, Cady Huffman, Brad Oscar, Madeleine Doherty.