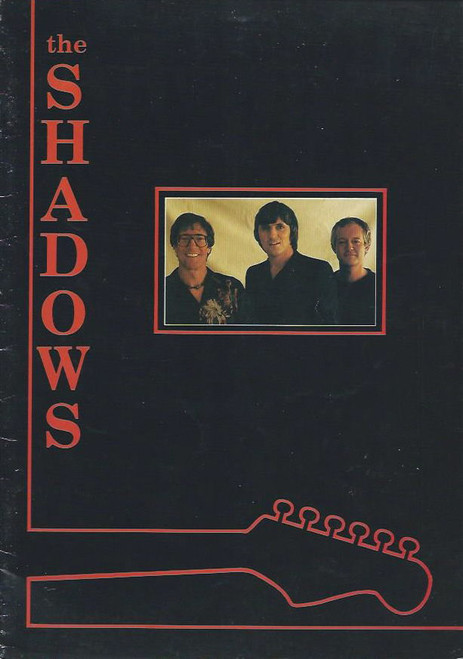 The Shadows are a British pop/rock group with a total of 69 UK hit-charted singles: 35 of which are credited as The Shadows and 34 as Cliff Richard and the Shadows, from the 1950s to the 2000s. The group, who were in the forefront of the UK's beat-group boom, were the first backing band to emerge as stars in their own right. As pioneers of the four-member rock-group format, the band consisted of lead guitar, rhythm guitar, bass guitar and drums.

The Shadows' core members are Hank Marvin, Bruce Welch and Brian Bennett; though there have been numerous changes in the line up throughout its history. The band's unique sound was originally produced by a combination of American Fender guitars, British amplifiers made by Vox and echo units Meazzi Echomatic tape and Binson magnetic disc. The Shadows, with singer Cliff Richard, dominated the British popular music scene in the late 1950s and early 1960s in the five years before The Beatles. Although they lost ground in the late sixties, the band enjoyed a second spell of success and interest from the late seventies until the present day.