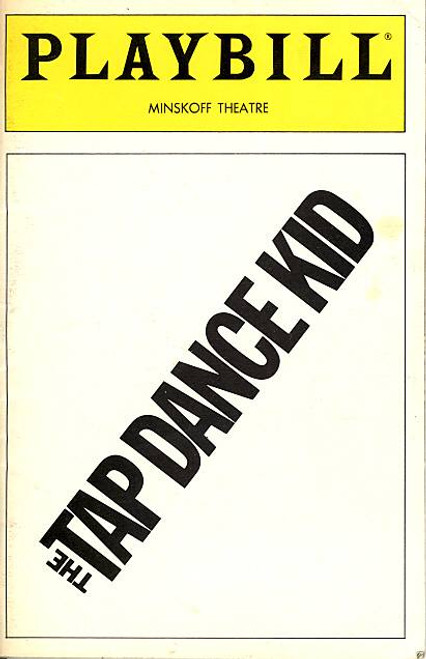 The Tap Dance Kid is a musical based on the novel Nobody's Family is Going to Change by Louise Fitzhugh. It was written by Charles Blackwell with music by Henry Krieger and lyrics by Robert Lorick. The musical opened on Broadway on December 21, 1983 at the Broadhurst Theatre and ran until March 11, 1984. On March 27, 1984 it resumed performances at the Minskoff Theatre, closing on August 11, 1985, for a total run of 669 performances. Directed by Vivian Matalon with musical staging and dances by Danny Daniels, it featured Hinton Battle, Hattie Winston, Martine Allard, and Alfonso Ribeiro as Willie.

Reviews were mixed. Frank Rich, in his review for The New York Times praised the choreography and many actors' performances but saw the plot as "earnest [but] plodding" and the music forgettable. A production directed by Jerry Zaks with choreography by Danny Daniels ran at the Pantages Theatre, Los Angeles, California, in September 1985 as part of a tour. This production also ran in Miami Beach, Florida in April 1986and Chicago, Illinois in May 1986.