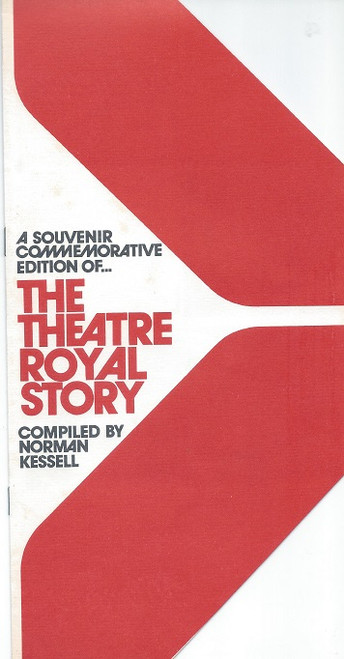 This Program is A Souvenir Commemorative

The Theatre Royal in Sydney is Australia's oldest theatrical institution, though the theatre building itself is modern.
Sydney's first Theatre Royal was built in 1827 behind the Royal Hotel, by Barnett Levey, whose widow sold it to Joseph Wyatt, owner of the Royal Victoria Theatre in 1838; it burned to the ground in 1840.
The name was dormant for 35 years until 1875 when a new Theatre Royal was built for Samuel Lazar in Castlereagh Street on the corner of Rowe Street, adjacent to the Australia Hotel. The theatre was leased by J C Williamson's from 1882 until 1978. The interior of this theatre was substantially remodelled in 1921 by architect Henry Eli White.
In 1971-2 the theatre, along with much of the block on which it was situated, was demolished to construct the MLC Centre. Public agitation and action by construction unions once it was closed to save it resulted in the developer Lend Lease incorporating a replacement 1,180 seat theatre into the design. Designed by Harry Seidler, along with the rest of the complex, the current Theatre Royal opened in 1976, with entry from King Street, between Pitt Street and Castlereagh Street. Designed in a plain modernist style, it offered a broad range of entertainment including dramas, comedy, and especially musicals since the 1990s.
The theatre closed in March 2016 amid dedevelopment of the MLC centre and calls for a new larger Lyric Theatre to be built.

The Shape of this program is the red area like a triangle.

For the Ultimate Sunset Collector