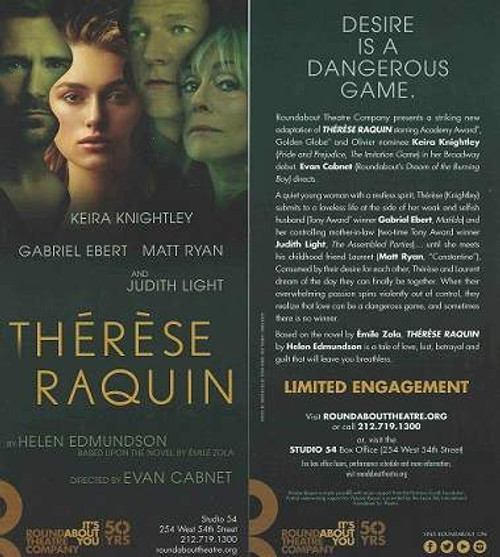 Thérèse Raquin is a novel published in 1867 and a play performed in 1873 by the French writer Émile Zola. The novel was originally published in serial format in the journal L’Artiste and in book format in December of the same year. Thérèse Raquin tells the story of a young woman, unhappily married to her first cousin by an overbearing aunt who may seem to be well-intentioned but in many ways is deeply selfish. Thérèse’s husband, Camille, is sickly and egocentric, and when the opportunity arises, Thérèse enters into a turbulent and sordidly passionate affair with one of Camille’s friends, Laurent.