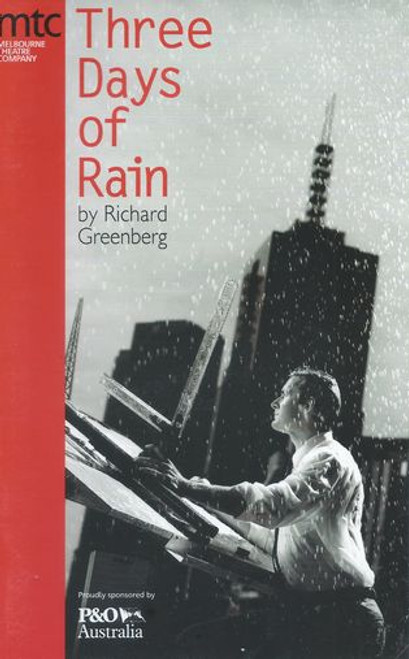 Three Days of Rain is a play by Richard Greenberg that was commissioned and produced by South Coast Repertory in 1997. The title comes from a line from W. S. Merwin's poem, "For the Anniversary of My Death" (1967). The play has often been called Stoppardian but Greenberg says he wasn't aware of Stoppard's work before he wrote the play but instead claims 1967 BBC series The Forsyte Saga was a much greater influence. Three Days of Rain was nominated for the 1998 Pulitzer Prize for Drama.The play received its Off-Broadway premiere at the Manhattan Theatre Club, at City Center Stage II, running from November 12, 1997 to January 4, 1998. Directed by Evan Yionoulis the cast featured Patricia Clarkson, John Slattery and Bradley Whitford. The play won the 1998 Obie Award, Direction, and was 1998 Drama Critics' Circle Award Runner-Up, Best American Play.