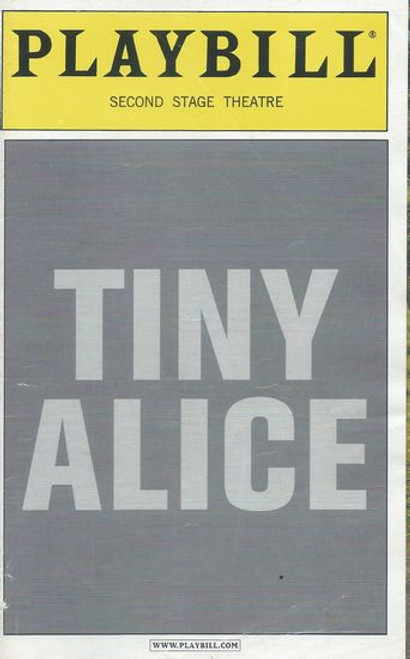 Tiny Alice is a three-act play written by Edward Albee that premiered on Broadway at the Billy Rose Theatre in 1964. Powerful widow Miss Alice and her lawyer offer a generous grant to the church on the condition that the cardinal's naïve secretary be used as a liaison. The play is Edward Albee's look at the corruption involved in mixing religion and money. Julian is the lay brother who is sent to live with "Miss Alice".
Miss Alice, her lawyer, and her butler are "representatives of the unseen Tiny Alice, who resides in an altar-like 18-foot model of Miss Alice's baronial mansion.