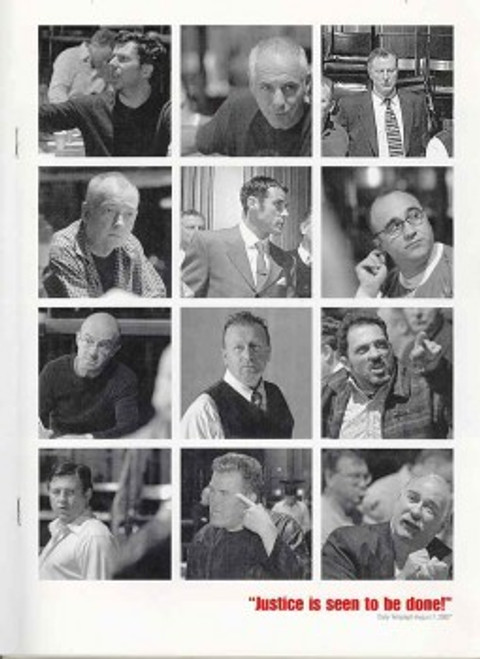 Twelve Angry Men is a play by Reginald Rose adapted from his 1954 teleplay of the same title for the CBS Studio One anthology television series. Twelve Angry Men is drama concerning a jury of a homicide trial. The play’s Broadway debut came 50 years later on October 28, 2004, at the Roundabout Theatre, where it ran for 328 performances. Run Oct 28, 2004 – May 15, 2005…This Souvenir Brochure is from the Australian Production 2004.