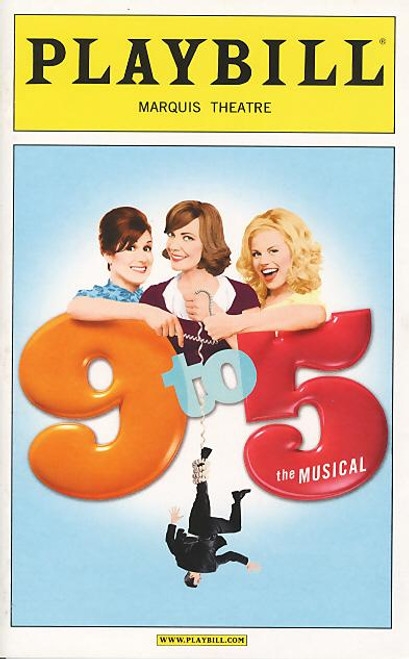 Music & Lyrics by Dolly Parton Allison Janney Marquis Theatre [9 to 5: The Musical is a stage musical with music and lyrics by Dolly Parton and a book by Patricia Resnick, based on the 1980 movie Nine to Five. Resnick had co-written the screenplay with Colin Higgins, the director of the film, in which Parton had her first screen role. The musical premiered at Center Theatre Group/Ahmanson Theatre in Los Angeles in September 2008 and opened on Broadway on April 30, 2009. It was nominated for 15 Drama Desk Awards, the most received by a production in a single year. It was also nominated for four Tony Awards. The Broadway production closed on September 6, 2009, and a National Tour began in September 2010. This colour Playbill is from April 2009 at the Marquis Theatre NYC.